April saw the first dip after three steady months of growth in 2022, the ‘New Dawn’ year (as I have just termed it).

Now I don’t know about you, but:

1) I took the opportunity to take a break over Easter, and

2) I noticed there was a LOT of holiday action going on. Out of offices were switched on en masse.

So, should we be alarmed?

I don’t believe so because Easter is always a chance for the market to catch its breath before going again.

2021 was different, but then in early ’21 (after the great unlock), there was a freak frenzy of activity. The market was gorging itself on F2F and could not get enough of events.

So, everything dipped in April (apart from enquiries, they seemed to continue full steam ahead). Still, the market was down 19% on bookings (bosses were on holiday, so were sign-offs delayed?), and events were down 29% – probably not surprising considering all the OOO.

One could argue that a 29% drop for events and a 19% drop for bookings was quite a (relatively) small drop, all things considered.

In amongst all the dips, there was one trend bucker: Parties. Parties saw an increase in bookings of 5%.

The two months for when parties are booked are, not surprisingly, July and December.

Early signs are positive but let us be clear, the trend might be up, but the numbers are still small so keep an eye on the Party season.

So, what else can we see?

I hear much talk about short lead times.

That’s undoubtedly true, but the question I pose is: On average, are lead times really that short. The data suggests that the short lead time theory is a self-fulfilling prophecy and a perception.

And we all know that perception is reality.

Have we all talked ourselves into this belief?

Here are the facts:

I predict two things are going on with this data:

So I see these two dynamics cancelling each other out and the market returning to normal.

There’s lots of talk about months (March) being their biggest ever, even pre-pandemic, and again, this is not surprising. It’s not a measure of future March’s, more a hangover of the famine. There’s much feasting going on.

The other key element to future-looking stats is pricing.
Every operator watches pricing like a hawk, and many venues and operators use Venue Performance for this crucial benchmark.
So what do the numbers tell us?
Quite simply, prices for the second half of 2022 are starting to rise.
The average price per head for July – December 2022 is 7.7% higher than Jan – June 2022. That looks spookily close to the inflation figure, probably much closer if you factor in a lag in the price increase.

If we look further ahead to the 1st half of 2023, the jump is massive, up to 30%. Now there’s always devil in that detail (premium events being booked further out, for example), so we’re certainly not expecting to see price increases of 30% across the board, but it does demonstrate that prices are on the rise, so keeping on eye on your market and more importantly, your competitors is crucial.
The critical message is to watch prices like a hawk. Pricing will be a crucial battleground in 2022, and I predict, 2023. 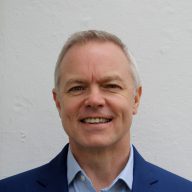